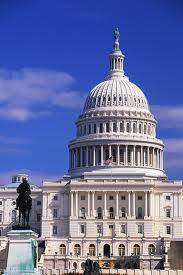 The tax extenders have still not been acted upon by Congress as of October 2010 – extender bills are a recurring legislative issue because of their temporary nature. Each time an extender’s expiration approaches, Congress faces the choice to extend the tax provision, redesign it, allow it to expire, or make it a permanent provision in the tax code. The reason for their temporary, yet normally extended character, may be, in part, tax revenue: temporary extensions have lower short-run revenue costs than permanent law, although the lack of permanence often masks the long-term costs associated with the provisions. Temporary tax provisions such as the R&D tax credit are often extended for one or two years at the most, and at the time of extension, the costs appear small enough to warrant nominal offsets as required under the pay-as-you-go rule.

With respect to the R&D tax credit extender, the R&D credit expired as of 12/31/2009 and has yet to be extended by Congress although it has received attention as of late, including discussions by the President calling for a permanent R&D credit. Although it’s getting later in the year, this is actually pretty typical when we look to when other R&D extender bills have passed (the R&D credit has never been permanent and has always been extended except for a one year period in 1995/1996), and it’s common for Congress to act late in the year.  With that history, our best guess is that nothing will happen until after the elections; thereafter we anticipate (i.e., hope) that Congress will act and pass an R&D credit extension retroactive to 1/1/2010 and this extension could either be a one or two year extension – it’s unlikely that this round of R&D credit discussions would result in a permanent R&D tax credit, but we’ll keep you posted with any updates on our blog.

Don’t get caught off-guard with respect to 2010 however! We assume that any extender would be retroactive and apply to the full year 2010, so it may be prudent to ensure you do have the documentation/memos/supporting cost workpapers needed to support an R&D benefit calculation for your 2010 year.

Feel free to contact us if we can assist in your 2010 planning or if you have any questions or want a real-time update on extender proposals.

This entry was posted in Blog and tagged R&D Tax Credit. Bookmark the permalink.