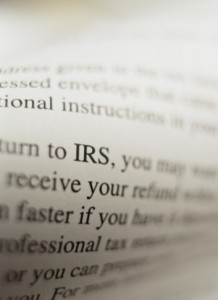 In a speech before the New York Bar Association on January 26th, 2010, IRS Commissioner Douglas Shulman announced that for certain corporations and other business taxpayers who have assets of more than $10 million and who prepare financial statements for which federal income tax reserves are computed under FIN 48 or similar accounting standards, the IRS will start requiring that taxpayers disclose their uncertain tax positions when filing their returns, likely starting with the 2009 return for calendar year taxpayers.

An “uncertain tax position” is an accounting term that relates to an earnings recognition provision for an issue. To recognize income with respect to an issue, a taxpayer must determine if the weight of available evidence indicates it is more likely than not, based on the technical merits, that the position will be sustained on audit, including resolution of related appeals or litigation processes, if any.

This would have a large impact on IRS examinations of corporate taxpayers and more guidance will be coming soon, followed by a comment period where comments must be submitted to the IRS by March 29, 2010.

This entry was posted in Blog and tagged R&D Tax Credit. Bookmark the permalink.